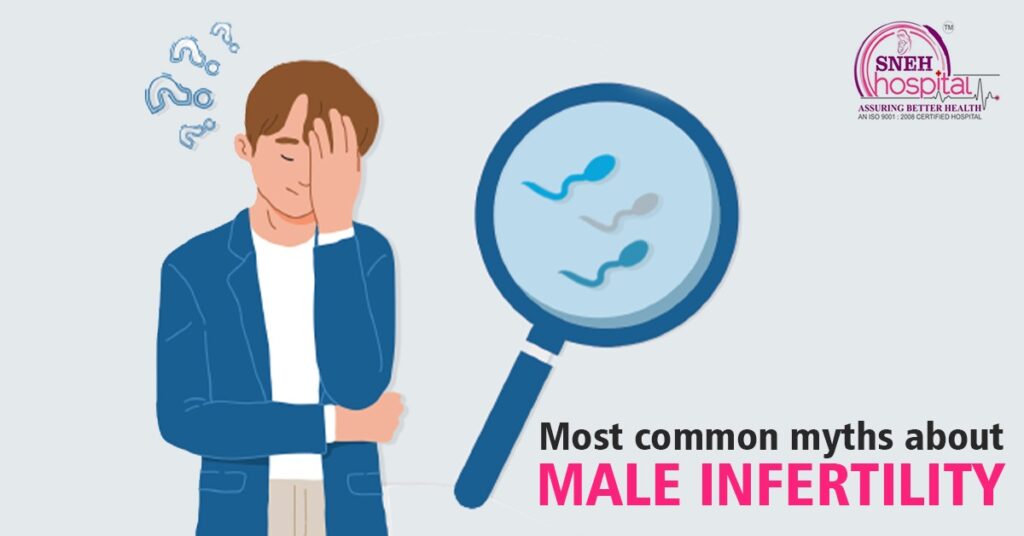 Most Common Myths about Male Infertility

Well, the fact that both men and women’s rates of infertility are rising quickly does not sound good. Every eighth couple ends up being infertile. Even though, getting pregnant is a responsibility shared by both men and women, only women are blamed for not getting pregnant. Besides this, there are certain myths, people often add to male infertility.

Have a look to the most common myths about male infertility,

Myth No. 1: Infertility is a female issue

Fertility problems can affect both men and women. In actuality, one third of infertility cases are caused by male factors, one third by female factors, and the remaining instances are common.

Have you ever heard the argument over whether guys should attempt to become parents while wearing boxers or briefs? According to popular belief, men should switch to boxers from tight underwear like briefs since they can make it difficult to maintain good sperm production. However, it is a myth and has not yet been demonstrated by science.

Many people continue to think that males can have healthy children for the rest of their life. As people get older, their sperm quality and quantity deteriorate, making it more challenging for them to become pregnant with their spouse.

Myth 5: Fertility has no bearing on general health

Some underlying health problems in men are related to infertility. Men who are infertile are more likely to get illnesses including cancer and some types of heart disease.

While it is true that men with greater sperm counts and better quality sperm have better odds of getting their partners pregnant, it is not generally understood that a partner with a low sperm count cannot do the same. A natural pregnancy has been produced by males who have as little as 0% normal morphology, according to one study. Additionally, although men with low sperm counts have a decreased chance of getting pregnant, they still have a 71% chance of doing so within six months of trying.

Therefore, adding misconceptions to infertility may not only make your difficulties worse but also prevent you from finding a solution. Before making any decisions based on any myths, it is preferable to speak with our fertility specialists at Sneh Hospital!